Your trials did not come to punish you, but to awaken you.

Even though the world is so chaotic and challenged right now, there is an enormous amount of Light moving into the planet. If we can consciously stay in our hearts and embrace Love rather than fear, we can open the doors to Higher consciousness.

We are in for surprises and changes this year. It is important to remember that in the 3D or consensus reality we are in a breakdown stage. We are experiencing the death throes of the old regime. The past rules do not work anymore. It could be a year of extremes. Astrologer Timothy Halloran calls 2022 the year of “Soul Death and Resurrection.”

Astrologically we are still dealing with a global crisis of consciousness. The major theme of last year that will continue into 2022 is the 3rd quarter Fixed square of Saturn in Aquarius and Uranus in Taurus. Saturn is about restructuring and reprioritizing what really matters. Uranus is the liberator and about breaking free of restrictions.

Saturn is in Aquarius all year. Saturn deals with controls, boundaries, restrictions, and limitations. This planet of responsibility and challenges also brings to form and manifests. It represents “whatever you sow, you shall reap.” Aquarius is the humanitarian sign of the rebel and genius.

Uranus is in Taurus all year. It moved there in May 2018 and will remain there until April 2026.Uranus in Taurus wants freedom and change from the status quo.

Uranus in Taurus is an oxymoron as Uranus wants revolution and Taurus doesn’t like change. Uranus has been retrograde and will go direct from January 18 to August 12. This forward movement signifies positive changes.

Uranus will conjunct the North Node at 18 Taurus on July 31, which is a powerful time. It could symbolize new innovation, freedom, progress, visionary forms. Food prices may continue to rise as well as supply chain shortages.

All the world is looking at the US as astrologically we are having our first Pluto Return in the sign of Capricorn and in the second house of values and finances. It will be in effect all year and exact on February 19/20, July 11, and December 28th. Pluto  rules death, power, the underworld, rebirth, and catalytic transformation.   It is likened to a “Dark Night of the Soul,” as many of us fear for our democratic ideals.  All that is corrupt or suppressed must come out to be cleansed. Capricorn rules structures of power government, big business and top down power. We could expect big changes in leadership, our banking, economic, legal and power systems. We are reinventing ourselves and our values as a nation.

The US is also experiencing transiting Neptune in Pisces opposing its natal Neptune In Virgo. Neptune rules illusion and delusion, as well as spirituality and creativity. We don’t know what is true now. The last time we had this transit was 1850 and that brought the Civil War. Today we have such opposing factions and an Ununited States. This transiting is happening in the third house of communications to the ninth house of higher mind and the legal system. Again it could bring revelations and surprising deceptions to the surface.

Jupiter will be moving into its exalted sign of Pisces. This could indicate a rebirth of the feminine and spiritual values. The greatest blessings are not things, but compassionate forgiveness, healing and connecting to the truth of who we really are.

Jupiter will have a conjunction with Neptune in its own sign in April. It is a wonderful alignment which is highly intuitive and idealistic. Yet, it can bring water issues, like extreme weather and flooding. It is calling us to simplify and clear the clutter.

On May 10, Jupiter moves into Aries until October 27 and then goes back into Pisces. When it is in Aries there will be more individualistic drive and desire to move forward. There may be new leadership.

We are having a Nodal shift from the Mutable intellectual sign of Gemini to Venus ruled Taurus on January 18. For the next 18 months resources, finances, food and values are the themes of the Taurus and Scorpio now. The question is what are we going to do to take care of everyone’s basic needs? 2022 brings an upheaval of values and how we exchange love and money in a way that comes from the heart. This also shows how we are dealing with the death of the old (Scorpio South Node) and building something new (Taurus North Node). 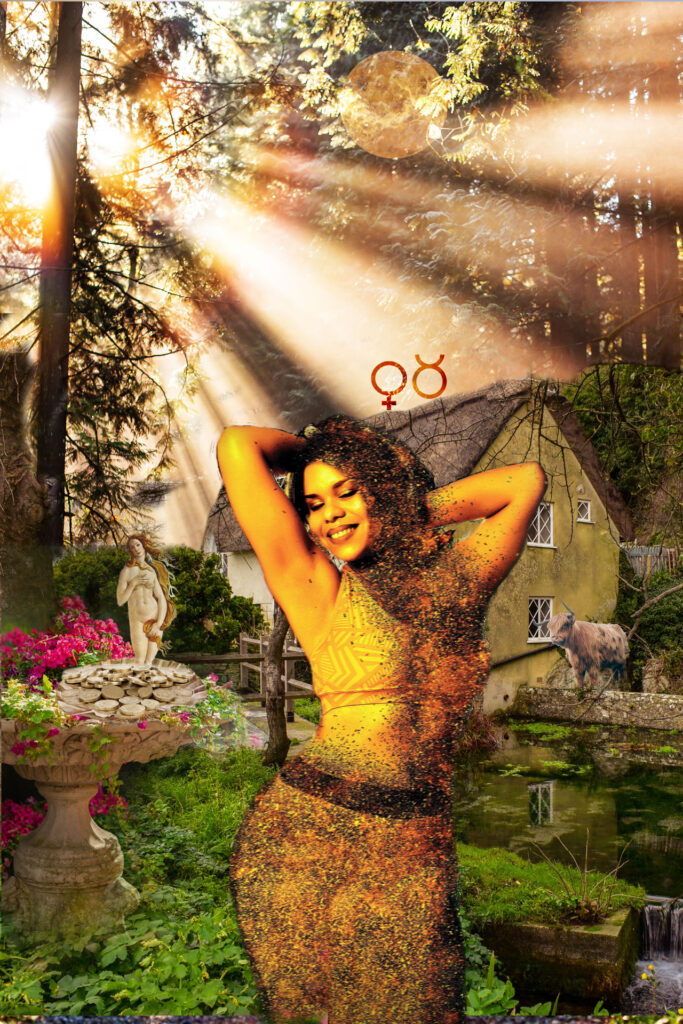 The two Eclipse Seasons are from the end of April to mid May and the end of October and beginning of November. Eclipses emphasize the massive changes.

Venus is retrograde in Capricorn at the beginning of the year. It will connect with Pluto three times. We are to question our core values and lay the foundation of relationships and sharing resources in a new way. We are to love more consciously, which I call Solar Love. It is to allow others to be who they are and do what they want. We are to move out of needy Lunar Love, which is a love like a mother and a child. It says, “I will fulfill your needs, if you fulfill mine.”

This year there is a dance between the Cosmic lovers, as Venus and Mars conjunct in the last three signs of the Zodiac, the Universal signs of Capricorn, Aquarius and Pisces from February to April. This creative potential brings a renewal of energy in how we align with relationships. Venus is our magnetism, receptivity, and how we share and receptricate. Mars is our drive, energy, desires and how we take action and go after what we want.

We have Mars going retrograde from October 30 to January 12, 2023, in the sign of Gemini, which deals with our thinking. This could bring a resurfacing of thoughts and people. During a retrograde we are to reconsider our motivation, drive, and energy and could feel some blocks.

In numerology 2022 is a six year. This is a time to reinvent yourself and take responsibility for your relationship balances. Six is about becoming more self-reliant and secure and finding our place in the world. There is magnetism, sexuality and an emphasis on matters of heart, love and healing, as well as financial matters and survival.

In the Chinese system our New Year is the Water Tiger. From February 1, 2021  to Jan 31, 2023 we have the themes of power, strength, prestige, bravery, restlessness and loneliness. The Tiger does not relate well to other animals. Water is associated with life, emotions and going with the flow.

We are in for a ride this year. Yet if we stay tuned to our spiritual values, we can see that all that is happening has a greater evolutionary purpose. We need to follow some simple guidelines to not get pulled into the drama and the fear as the power structures change.

For me the model of the Goddess Warrior on the Hero’s Journey holds the keys to transformation and awakening. The Goddess tells us to stay in love. Love means to accept and allow and trust with a compassionate heart. The Warrior says be diligent and intentional. Be willing to stay present.

The Hero’s Journey gives a step-by-step process of awakening to Higher Consciousness. It is about separating from the past and answering the Call to the greater Adventure of the Soul. We have to follow six Initiations. The Goddess and the Warrior directives are two of them. The others are to be proactive; avoid controlling, struggle and drama; make life sacred; and embody the change you want to see in the world.

Thank you for reading this and if you think anyone may be interested in it, please pass it on to them.

Wishing you a happy and spiritually infused New Year with many blessings.

The Call to Greatness

Make sure you don't miss anything!